The Center for Global Business’ Annual Forum is an event occurring every spring that brings together distinguished voices from the academic, policy, diplomatic, and business communities to speak on a different theme each year.

Event Highlights of the 2022 Annual Forum 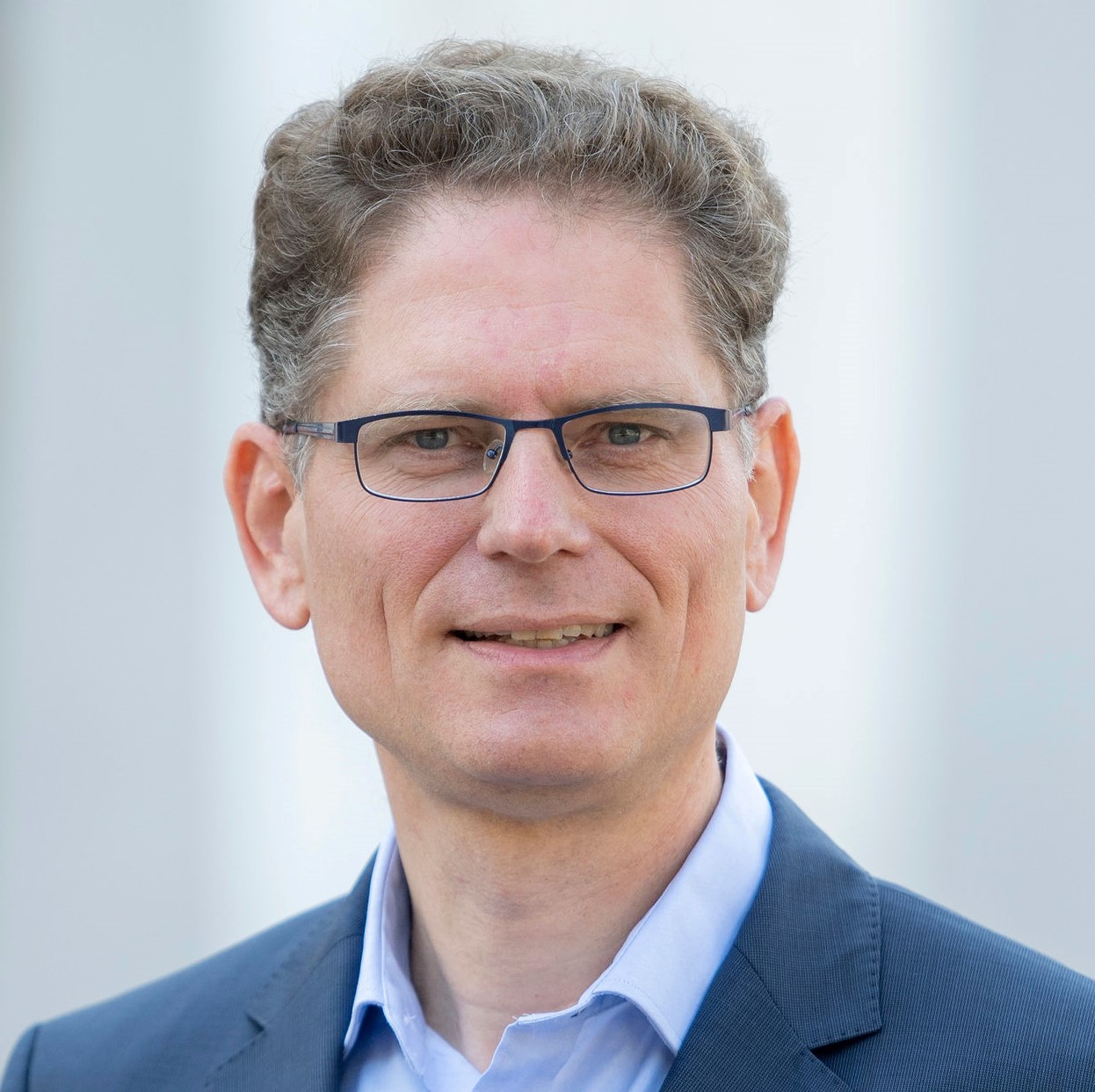 Markus K. Brunnermeier is the Edwards S. Sanford Professor in the economics department at Princeton University and director of Princeton's Bendheim Center for Finance. His research focuses on international financial markets and the macroeconomy with special emphasis on bubbles, liquidity, financial and monetary price stability, and digital money. In 2020, at the outbreak of Covid, he established a webinar series.;

Brunnermeier is also a nonresident senior fellow at the Peterson Institute, a research associate at the National Bureau of Economic Research, the Centre for Economic Policy Research, CESifo, the Luohan Academy, ABFER, and a member of the Bellagio Group on the International Economy. He is a Sloan Research Fellow, fellow of the Econometric Society, Guggenheim Fellow, and the recipient of the Bernácer Prize granted for outstanding contributions in the fields of macroeconomics and finance. He is a member of several advisory groups, including to the US Congressional Budget Office, the Bank for International Settlements, and the Bundesbank as well as previously to the International Monetary Fund, the Federal Reserve of New York, the European Systemic Risk Board. Brunnermeier was awarded his PhD by the London School of Economics (LSE).

He has been awarded several best paper prizes and served on the editorial boards of a number of leading economics and finance journals. He has worked to establish the concepts of: liquidity spirals, CoVaR as a measure of systemic risk, the Volatility Paradox, Paradox of Prudence, European Safe Bonds (ESBies), financial dominance, the redistributive monetary policy, the Reversal Rate, and Digital Currency Areas. His recent book “The Resilient Society” won the Prize for the 2021 best business book in German and was listed among best economics books by the Financial Times.

Event Highlights of the 2021 Annual Forum

At the 2021 Annual Forum, Kislaya Prasad, academic director of the Center for Global Business, led a discussion with Mauro Guillén, author of “2030: How Today's Biggest Trends Will Collide and Reshape the Future of Everything.” 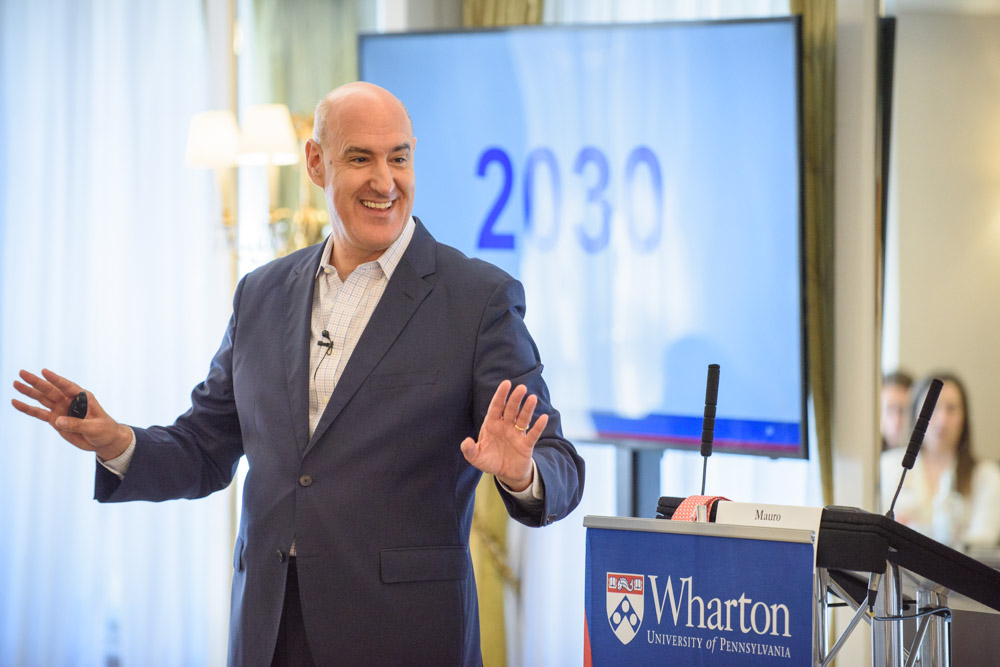 Mauro F. Guillén
Author of “2030: How Today’s Biggest Trends Will Collide and Reshape the Future of Everything”
Dr. Felix Zandman Professor of International Management, the Wharton School, University of Pennsylvania

Mauro F. Guillén is one of the most original thinkers at the Wharton School, where he holds the Zandman Professorship in International Management and teaches in its flagship advanced management program and many other courses for executives, MBAs, and undergraduates. He combines his training as a sociologist at Yale and as a business economist in his native Spain to methodically identify and quantify the most promising opportunities at the intersection of demographic, economic, and technological developments. - mauroguillen.com

This event was sponsored in part by CIBE, a Title VI grant administered by the U.S. Department of Education.

Event highlights and video of the 2020 Annual Forum

The Center for Global Business’ Annual Forum is an event occurring every spring that brings together distinguished voices from the academic, policy, diplomatic, and business communities to speak on a different theme each year. This year we welcomed three experts to speak on Global Trade and the Coming Climate Disruption.

Kislaya Prasad, the academic director of the Center for Global Business, led the discussion. Experts offered insights on the links between global trade and climate change, how policies regarding either issue will impact the other, and the importance that leadership from both complexities need to work together to achieve any progress.

Paul Brenton focuses on analytical and operation work on trade and regional integration. He has been leading the implementation of World Bank lending operations such as the $140million Great Lakes Trade Facilitation Project in DR Congo, Burundi, Rwanda and Uganda. He recently co-authored the joint World Bank-WTO report on The Role of Trade in Ending Poverty and has managed a range of policy-oriented volumes including De-Fragmenting Africa: Deepening Regional Trade Integration in Goods and Services; Africa can Help Feed Africa, and Carbon Footprints and Food Systems: Do Current Accounting Methodologies Disadvantage Developing Countries? Brenton joined the World Bank in 2002, having previously been a senior research fellow and head of the Trade Policy Unit at the Centre for European Policy Studies in Brussels. Before that, he lectured in economics at the University of Birmingham in the UK. He has a PhD in economics from the University of East Anglia. A collection of Brenton’s work has been published in the volume international Trade, Distribution and Development: Empirical Studies of Trade Policies. Many of his research and policy papers are available online.

Alice Hill is a senior fellow for climate change policy at the Council on Foreign Relations. Her work at CFR focuses on the risks, consequences, and responses associated with climate change. Hill previously served as a special assistant to President Barack Obama and senior director for resilience policy on the National Security Council staff where she led the development of national policy to build greater resilience to catastrophic risk, including climate change. Earlier in her career, she was a supervising judge on the Los Angeles Superior Court and chief of the white-collar crime unit in the United States Attorney’s Office in Los Angeles, California. Oxford University Press published her co-authored book, Building a Resilient Tomorrow, in the fall of 2019. She currently serves on the boards of the Environmental Defense Fund and Munich Re Group’s U.S. based companies.

Robert C. Orr serves as UMD School of Public Policy dean, United Nations under-secretary-general, and special advisor to the UN secretary-general on climate change. He also serves as president of NASPAA, the global association of public policy, affairs and administration schools. Prior to joining the University of Maryland, Orr served as the assistant secretary-general for strategic planning in the Executive Office of the United Nations secretary-general from 2004 to 2014 and was the principal advisor to the secretary-general on counter-terrorism, peacebuilding, women’s and children’s health, sustainable energy, food and nutrition, institutional innovation, public-private partnership and climate change. Orr joined the United Nations from Harvard University where he served as the executive director of the Belfer Center for Science and International Affairs at the Kennedy School of Government. Prior to this, he served as director of the Council on Foreign Relations in Washington, DC. He has served in senior posts in the government of the United States, including deputy to the United States ambassador to the United Nations and director of global affairs at the National Security Council, where he was responsible for peacekeeping and humanitarian affairs.

Event highlights and video of the 2019 Annual Forum

The Center for Global Business Annual Forum is an event occurring every spring that brings together distinguished voices from the academic, policy, diplomatic, and business communities to speak on a different theme each year. This year we welcomed Ian Bremmer, Eurasia Group’s President.

The discussion was led by Rebecca Bellinger, executive director, and Kislaya Prasad, academic director of the Center for Global Business. Bremmer offered insights into his new book, Us. Vs. Them: The Failure of Globalism, including the battle between globalism and nationalism, free trade versus protectionism, the impact of increased access to communication technologies in the developing world, and how our social contracts might be re-imagined.

Bremmer is a prolific thought leader and author, regularly expressing his views on political issues in public speeches, television appearances, and top publications, including Time magazine, where he is the foreign affairs columnist and editor-at-large. Once dubbed the “rising guru” in the field of political risk by The Economist, he teaches classes on the discipline as a professor at New York University. His latest book "Us vs. Them: The Failure of Globalism" is a New York Times bestseller.

In 1998, Bremmer established Eurasia Group with just $25,000. Today, the company has offices in New York, Washington, San Francisco, London, Sao Paulo, Singapore, and Tokyo, as well as a network of experts and resources in 90 countries. As the firm's president and most active public voice, Bremmer advices leading executives, money managers, diplomats, and heads of state.