Ed Snider, University of Maryland alumnus ’55, and founder of the Ed Snider Center passed away in April 2016. Snider was an international sports and marketing visionary. After earning an accounting degree from the University of Maryland and passing the CPA exam, he worked one week as an accountant. Snider and his partner then started their own record distribution business from the back of his car. During that period, he co-founded the National Association of Record Merchandisers (NARM), which exists to this day. 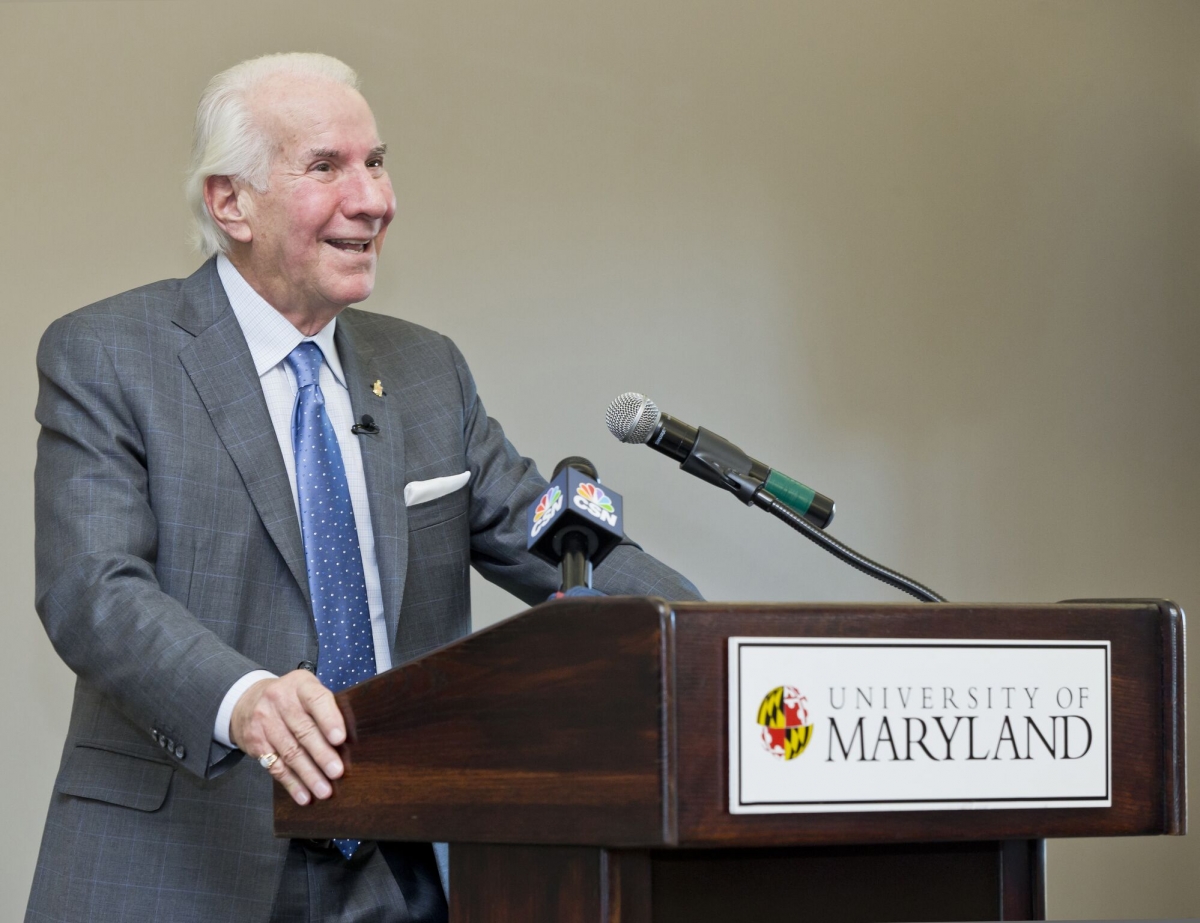 In 1966, Snider risked it all by mortgaging his home and founding the Philadelphia Flyers hockey team. The success of the franchise spawned a variety of media and entertainment-related companies that today operate in 48 states, as well as internationally, and include, in addition to the Flyers, the Wells Fargo Center in Philadelphia; Global Spectrum, a public assembly facility management company; Ovations Food Services, a food and beverage concessionaire and catering service; Front Row Marketing Services, a sports-sponsorship and naming rights service; and Paciolan, a full-service ticket selling company. These companies became part of a parent company called Spectacor. Comcast owned a stake in Spectacor and until his passing Snider served as the Chairman of Comcast-Spectacor.

Snider learned about entrepreneurship from his father, whom he adored. “Growing up in Washington, D.C., I watched my father run a corner grocery store,” Snider said. “He taught me to strive to be the best no matter what job I did, even if it was mopping floors.” Snider always said that his career was not the result of a long-term plan. He wanted young people to know that he just applied himself when opportunity knocked, and innovated as he went along. To Snider “being free to follow your dreams, working hard and being rewarded for your labors is what life is all about.”

Snider was generous with his philanthropy. In addition to chairing the Snider Foundation, in 2007 he created the Ed Snider Youth Hockey Foundation. Today, Snider Hockey provides more than 3,000 high-risk, inner-city children free equipment and ice time, free hockey instruction and league competition annually, together with mentoring, homework help and a life skills program. Participants in Snider Hockey have a year-over-year matriculation rate of 98 percent and its programs help young athletes achieve success in their chosen sport.

To learn more about Snider, read a story about him in the Smith Business magazine.