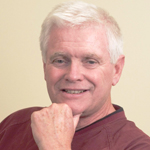 Dr. Lawrence A. Gordon is the EY Alumni Professor of Managerial Accounting and Information Assurance at the University of Maryland (UMD), Robert H. Smith School of Business. He is also an Affiliate Professor in UMD’s Institute for Advanced Computer Studies,as well as an Affiliate Researcher at the Maryland Cybersecurity Center and a faculty member in the ACES (Advanced Cybersecurity Experience for Students) program offered by UMD’s Honors College.Dr. Gordon earned his Ph.D. in Managerial Economics from Rensselaer Polytechnic Institute. An internationally known scholar in the areas of managerial accounting and cybersecurity economics, Dr. Gordon's research has focused on such issues as economic aspects of cybersecurity, corporate performance measures, cost management systems, and capital investments. He is the author (or co-author) of over 100 articles, published in such journals as Science, The Accounting Review, ACM Transactions on Information and System Security, Journal of Financial and Quantitative Analysis, Journal of Computer Security, Journal of Cybersecurity, Accounting Organizations and Society, Journal of Accounting and Public Policy, MIS Quarterly, Communications of the ACM, Decision Sciences, Omega, Journal of Business Finance and Accounting, Journal of Information Security, European Accounting Review, Accounting and Business Research, Managerial and Decision Economics, and Management Accounting Research. In two different studies, Dr. Gordon was cited as being among the world's most influential/productive accounting researchers. He also is the author of several books, including: Managerial Accounting: Concepts and Empirical Evidence, Managing Cybersecurity Resources: A Cost-Benefit Analysis, and Capital Budgeting: A Decision Support System Approach. In addition, he was the Editor-in-Chief (2002-2018) and Co-Editor (1982-2001) of the Journal of Accounting and Public Policy. He is currently on the Editorial Board of several journals. Prior to joining the University of Maryland, Dr. Gordon was a faculty member at McGill University and the University of Kansas. He also served as a Visiting Scholar at Columbia University while on sabbatical from the University of Maryland.

Dr. Gordon is considered one of the pioneers in the field of cybersecurity economics. His current research emphasizes the importance of integrating concepts from accounting and economics within an interconnected digital economy. He is the co-author of the Gordon-Loeb Model, which provides an economic framework for deriving an organization's optimal level of cybersecurity investments.* This Model, which is the most widely referenced economics model for deriving the optimal amount to invest in cybersecurity activities, has been featured in the popular press (e.g., The Wall Street Journal). In 2017, the Council of Better Business Bureau recommended the Gordon-Loeb Model as a guide to help small businesses in North America make cybersecurity investment decisions. A three-minute video describing the Model in non-mathematical terms can be found online. His work related to cybersecurity economics has received substantial external support from major government research agencies. He is currently a Co-PI on a $5M Grant from the U.S. National Science Foundation and the PI on a $189K Research Award from the U.S. National Security Agency. He was previously the PI on a $667K Research Award from the U.S. Department of Homeland Security and a Co-PI on a $965K Research Award from the U.S. National Security Agency. In October 2007, Dr. Gordon was invited to provide Congressional Testimony concerning his research on cybersecurity economics before a Subcommittee of the U.S. House Committee on Homeland Security. Dr. Gordon’s co-authored paper, “Increasing Cybersecurity Investments in the Private Sector,” was one of three papers selected for recognition in the National Security Agency’s 2016 Annual Best Scientific Cybersecurity Paper Competition.

Dr. Gordon has received numerous research and teaching awards, as well as several service-related awards. He has also been an invited speaker at numerous universities around the world, including Harvard University, Columbia University, Carnegie Mellon University, University of Toronto, London Business School, London School of Economics, McGill University, The University of Western Ontario, the University of Manchester, IE Business School, The University of Tokyo, and the University of California-Berkeley. In addition, he has been an invited speaker (often as the Keynote speaker) at numerous professional (i.e., non-academic) meetings. He also has served as a consultant to several private (e.g., IBM) and public (e.g., U.S. General Accounting Office, now the Government Accountability Office) organizations. In 2016, Dr. Gordon was appointed by UMD's Provost and Senior VP to the Advisory Board of the Maryland Global Initiative on Cybersecurity (MaGIC).

Dr. Gordon's Ph.D. students (i.e., those students for whom he has served as the Chair or Co-Chair of their dissertation) have had initial placements as an Assistant Professor at the Business Schools of such universities as: Northwestern University, University of Southern California, Purdue University, Rensselaer Polytechnic Institute, IE Business School, McGill University, National Taiwan University, College of William & Mary, University of Hong Kong, and Michigan State University. His former M.B.A. students frequently contact him to discuss issues confronting their organizations. Dr. Gordon also is an active member of various professional organizations, a contributor to the popular press (e.g., The Wall Street Journal, USA Today and Financial Times), and served as the President of the University of Maryland Faculty/Staff Club for over a decade.

*The Gordon-Loeb Model was originally published in: Gordon, L. A. and M. P. Loeb, "The Economics of Information Security Investment," ACM Transactions on Information and System Security, (November 2002), pp. 438-457.

In Accounting Research, a Move Toward the Inductive?

How data analytics and machine learning are transforming accounting studies

Read Research Article : In Accounting Research, a Move Toward the Inductive?

10 COVID-Era Trends That Are Here To Stay

From healthcare to banking, how our lives have changed

Read Research Article : 10 COVID-Era Trends That Are Here To Stay

How To Stay Ahead of Cyber Risk

Among U.S. Army branches, Infantry, Special Forces and Corps of Engineers are household names. Perhaps “Cyber,” the newest branch, is…

With the University of Maryland's delayed opening due to inclement weather, the 16th annual Forum on Financial Information Systems and…