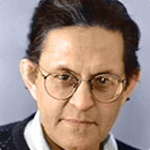 Dilip Madan is Professor of Finance at the Robert H. Smith School of Business. He specializes in Mathematical Finance. Currently he serves as a consultant to Morgan Stanley, Meru Capital and Caspian Capital. He has also consulted with Citigroup, Bloomberg, the FDIC and Wachovia Securities. He is a founding member and Past President of the Bachelier Finance Society. He received the 2006 von Humboldt award in applied mathematics, was the 2007 Risk Magazine Quant of the year, received the 2008 Medal for Science from the University of Bologna and held the 2010 Eurandom Chair. He is Man- aging Editor of Mathematical Finance, Co-editor of the Review of Derivatives Research, Associate Editor of the Journal of Credit Risk and Quantitative Finance. His work is dedicated to improving the quality of financial valuation models, enhancing the performance of investment strategies, and advancing the efficiency of risk allocation in modern economies. Recent major contributions have appeared inMathematical Finance, Finance and Stochastics, Quantitative Finance, the Journal of Computational Finance, The International Journal of Theoretical and Applied Finance, The Journal of Risk, The Journal of Credit Risk among other journals.

A study of the world’s top researchers identifies 18 from the University of Maryland’s Robert H. Smith School of Business in the top 2%…