Climbing the Ladder, Making a Difference Along the Way 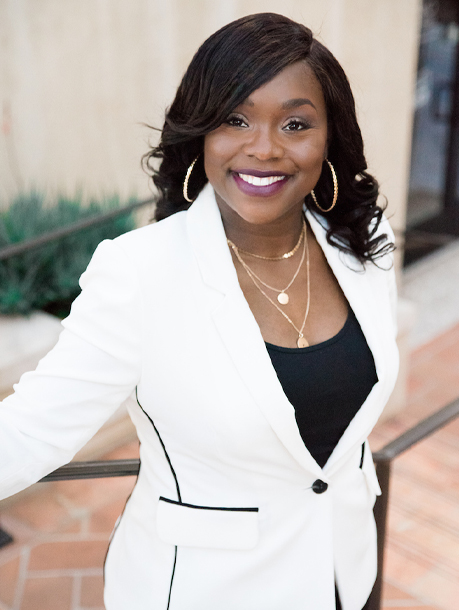 From the earliest days of her professional life, working as a business analyst for JPMorgan Chase, Sherika Ekpo, MBA ’09, was determined to keep one goal in mind: to ascend in her career, making a difference in every step.

She had worked her way up at the financial institution and then leveled off, and knew she needed an MBA to achieve the next levels. She began comparing programs, knowing she wanted more than to climb a corporate ladder; she wanted a career that enabled her to hold that ladder steady for other women. At Maryland Smith, she found the support system was already in place.

There were programs and groups for women MBA candidates, and, as a single mother at the time, she easily envisioned herself among them. “To have all these programs for women to make sure that we knew that we were wanted and that we could belong to the business community, regardless of our gender, I think that was amazing,” she says.

In her second year of Smith’s MBA program, Ekpo served as the president of the women’s association, where she befriended the group’s vice president, Jaya Kothari, who grew up in India. Kothari invited Ekpo and her daughter to visit her temple one day and introduced them to her culture, foods, events and religion.

Ekpo appreciates the international camaraderie that Smith promotes, and notes the way it buttresses a successful career in leadership. “Not many programs had that same level of cultural opportunity that Smith does,” she says. “It’s so important.”

Ekpo’s own career in leadership would take her from the Newark, Del., offices of JPMorgan to the Washington, D.C., offices of the federal government (U.S. Immigration and Customs Enforcement, and the Consumer Financial Protection Bureau) to Google’s sprawling Mountain View, Calif., headquarters known as Googleplex, where she served as the global diversity and inclusion lead for the artificial intelligence division. Today, Ekpo is the chief diversity and inclusion officer at information technologies firm Anaplan, a role that appeals to her for its variety and its human impact.

Ekpo still is ascending that ladder, aiming for a rung that says “CEO” on it. She has sat on nonprofit boards of directors and on private ones, and she hopes one day to join a public board. “I continue to draw a road map for myself,” she says, “finding jobs and experiences that will help me reach my ultimate goal.”

She continues connecting with other women, as she did at Maryland Smith, bringing that camaraderie with her. At Anaplan, she has enjoyed extensive conversations with the C-suite executive women, energized by their drive and the sense that they too are “on a path” to becoming a chief executive somewhere.

She credits Maryland Smith for introducing her to the concept of a women’s support network – a concept that has inspired her own upward trajectory and has encouraged her to help other women. “What keeps me motivated is seeing what these women have achieved, and their willingness to help me to achieve the same thing. I want to do that for others. We can all do that for others.”

The Robert H. Smith School of Business is an internationally recognized leader in management education and research. One of 12 colleges and schools at the University of Maryland, College Park, the Smith School offers undergraduate, full-time and part-time MBA, executive MBA, online MBA, specialty master's, PhD and executive education programs, as well as outreach services to the corporate community. The school offers its degree, custom and certification programs in learning locations in North America and Asia.