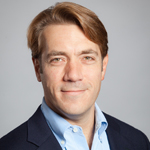 Steve Heston graduated with a BS double major in Mathematics and Economics from the University of Maryland, College Park in 1983. He attended the Graduate School of Industrial Administration and earned an MBA in 1985 followed by a PhD in Finance in 1990. He has held previous faculty positions at Yale, Columbia, Washington University, and the University of Auckland in New Zealand. He has worked in the private sector with Goldman Sachs in Fixed Income Arbitrage and in Asset Management Quantitative Equities. He is known for analyzing options with stochastic volatility and international stock risk.

Yale School of Organization and Management, 1989-1993
Assistant Professor of Finance

Smith Master of Finance Rises to No. 2 in U.S.

The Master of Finance program at the University of Maryland’s Robert H. Smith School of Business climbed to No. 2 in the United States…

Read News Story : Smith Master of Finance Rises to No. 2 in U.S.
What Stocks Would a Neural Network Buy?

SMITH BRAIN TRUST – Ever wonder how the Terminator would do picking stocks? Researchers at the University of Maryland's Robert H. Smith…

Read News Story : What Stocks Would a Neural Network Buy?
Wall Street's 'Fear Gauge' Is at a 23-Year Low. Should We Worry?

SMITH BRAIN TRUST – Leave it to a period of calm to inject nervousness into the market, as it did this week when the Chicago Board…

Read News Story : Wall Street's 'Fear Gauge' Is at a 23-Year Low. Should We Worry?

Why Capital One Arena Likes Its Chances

It's wagering it can get you interested in sports gambling

Read the article : Why Capital One Arena Likes Its Chances
Back to Top