The Robert G. Hisaoka Speaker Series was created through a generous three-year gift from Robert G. Hisaoka ’79, who aims to bring business leaders and startup founders to the University of Maryland that will inspire students to explore entrepreneurship by providing real-world context for business and venture creation.

Hisaoka transitioned early in his career from public accounting to co-owning and running some of the largest car dealerships in the country. Currently, he is the president of Luxury Imports of Bowling Green and BMW of Bowling Green, and a partner in various import dealerships. After selling some top-ranked dealerships in 2006, Hisaoka focused on investing in private companies with innovative disruptive technology and giving back through philanthropy. He is an active angel and venture investor sitting on the boards of a multitude of companies.

Zeki Mokhtarzada '00, Jasmine Snead '17, MPP/MBA '21, and Rob McGovern '83 are three successful entrepreneurs who got their start at the University of Maryland. Mokhtarzada and Snead launched their first businesses from their dorm rooms, while McGovern graduated with a corporate career before becoming a serial entrepreneur. Come hear what each founder learned on their unique paths to entrepreneurship, starting with the place it all began: UMD.

Seth Goldman is co-founder & TeaEO Emeritus of Honest Tea and executive chair of Beyond Meat. Honest Tea is the nation’s top-selling organic bottled tea, specializing in beverages that are just a tad sweet, organic, and Fair Trade Certified™. In March 2011, Honest Tea was acquired by the Coca-Cola Company, becoming the first organic and Fair Trade brand in the world's largest beverage distribution system. Honest Tea and Honest Kids are sold in more than 150,000 stores in the USA and Europe, including McDonald’s, SUBWAY and Chick-fil-A. Beyond Meat is also rapidly expanding distribution, as the company seeks to expand the availability and accessibility of plant-based protein. 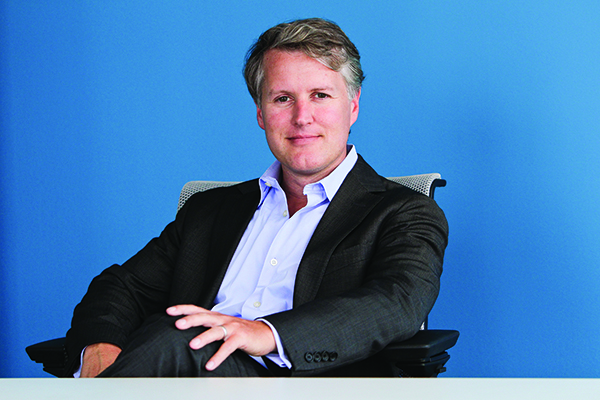 Tom Davidson is the founder and chief executive officer of EVERFI, Inc. based in Washington, D.C. Since starting the company in 2008, Davidson has led EVERFI from a startup in a Georgetown apartment to an organization with over 4,300 corporate customers and financial institutions.

Davidson was recognized as a Top 100 Entrepreneur Innovator and Builder by Goldman Sachs and was the Ernst & Young Entrepreneur of the Year for Greater Washington, D.C. Davidson was recognized by Glassdoor as the fourth-highest nationally ranked CEO amongst SMB companies with a 99% employee approval rating. He has been featured in numerous media outlets including Wall Street Journal, Fortune, TechCrunch, Washington Post, Bloomberg, CNN Money, Fox Business News, Yahoo Finance, and Fast Company.

Paul Capriolo, Kristen McClellan and Jeff Grass are each successful founders who launched a business while enrolled in school. In a panel moderated by Robert Hisaoka, each founder will discuss the lessons they learned exploring an entrepreneurial path at a young age.

Steve Case is one of America's best-known and most accomplished entrepreneurs and a pioneer in making the internet part of everyday life. He is also the author of the New York Times bestselling book, The Third Wave: An Entrepreneur's Vision of the Future.

As chairman and CEO of Revolution LLC, a Washington, D.C.-based investment firm he co-founded in 2005, Case partners with visionary entrepreneurs to build significant 'built to last' businesses. Revolution invests in and actively helps build companies leveraging technology to disrupt existing markets. This includes both early and mid-stage growth companies through both the Revolution Growth fund, created in 2011, and the Revolution Ventures fund, launched in 2013. Revolution has backed more than 30 companies, including sweet green, Zipcar, Revolution Foods, DraftKings, Uptake and Framebridge.

In 2014, Case and Revolution launched the Rise of the Rest, a platform to shine a spotlight on entrepreneurs that are starting and scaling businesses outside of Silicon Valley, New York, and Boston. Case frequently tours the country by bus to meet with civic leaders, founders, investors and local corporate executives to champion citywide efforts to jumpstart entrepreneurship. As part of the initiative, Case announced The Rise of the Rest Seed fund in December 2017.

Case's entrepreneurial career began in 1985 when he co-founded America Online (AOL). Under his leadership, AOL became the world's largest and most valuable Internet company, driving the worldwide adoption of a medium that has transformed business and society. AOL was the first internet company to go public and the best performing stock of the 1990s. At its peak, nearly half of Internet users in the United States used AOL. In 2000, Case negotiated the largest merger in business history, bringing together AOL and Time Warner in a transaction that gave AOL shareholders a majority stake in the combined company. To facilitate the merger, Case agreed to step down as CEO when the merger closed.

Case has been a leading voice in shaping government policy on issues related to entrepreneurship, working across the aisle to advance public policies that expand access to capital and talent. He was instrumental in passing the JOBS (Jumpstart Our Business Startups) Act and is active in advocating on behalf of immigration reform and legislation that supports and accelerates the emergence of startup ecosystems in rising cities.

Case is also chairman of the Case Foundation, which he established with his wife Jean in 1997. Together the Cases have invested in hundreds of organizations, initiatives and partnerships with a focus on leveraging the internet and entrepreneurial approaches to strengthen the social sector. In 2010, they joined The Giving Pledge and publicly reaffirmed their commitment to give away the majority of their wealth to philanthropic causes. 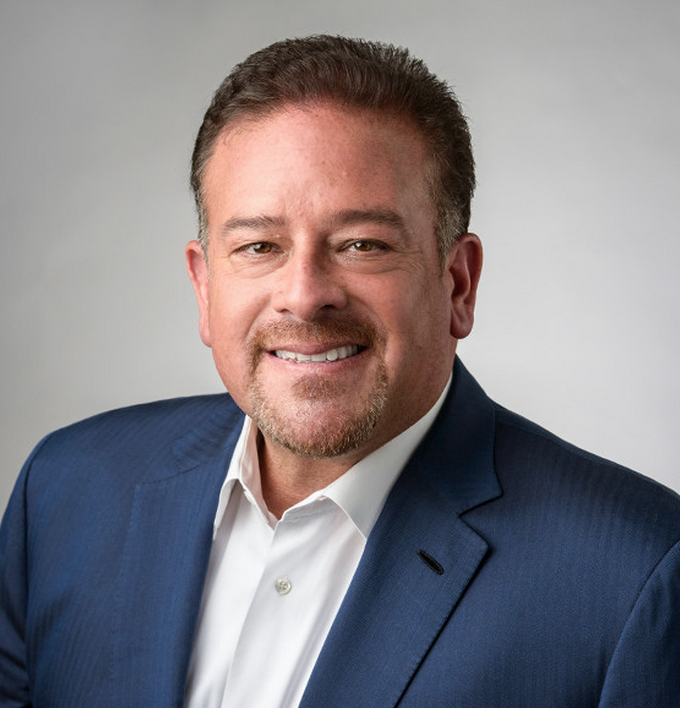 Raul Fernandez is vice chairman and owner of Monumental Sports & Entertainment, a private partnership that owns the NBA’s Washington Wizards, the NHL’s Washington Capitals, the WNBA’s Washington Mystics, the AFL’s Washington Valor and Baltimore Brigade, and owns and operates the Verizon Center in Washington, D.C. Fernandez also serves as a special advisor to General Atlantic Partners, a growth equity firm with more than $8 billion under management. He previously served as chairman and CEO for ObjectVideo, a leading developer of intelligent video surveillance software, which he recently sold to Alarm.com. Fernandez brings more than two decades of executive experience scaling innovative and rapidly growing technology companies.

Fernandez is well known in the technology industry and the Washington, D.C. area as the founder of Proxicom, which under his leadership evolved into a leading global provider of e-commerce solutions for Fortune 500 companies. Founded in 1991, he grew the company to over 2,000 consultants and $200 million in revenue before taking Proxicom public in 1999. He later sold the company to Dimension Data in a deal worth nearly $450 million. Fernandez has been profiled by the Wall Street Journal, Fortune, Forbes, CNBC, the Industry Standard, the Washington Post, and CNN. 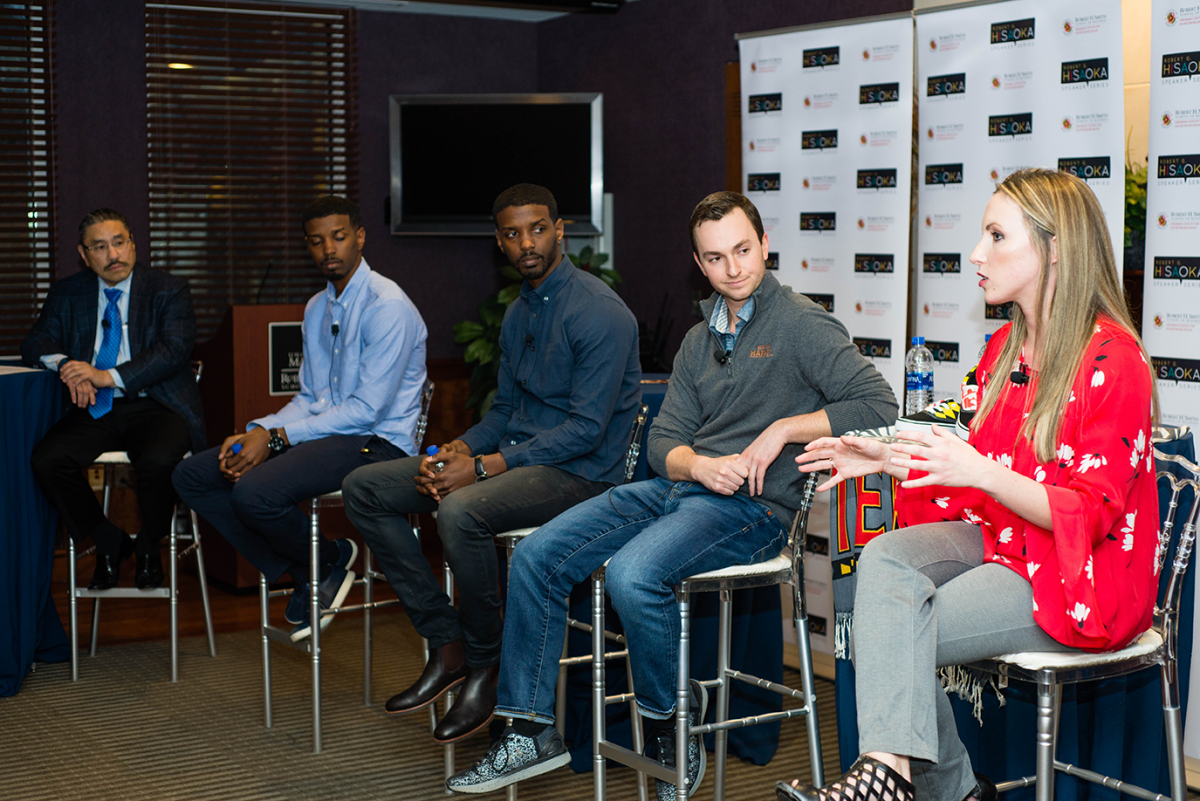 Ali von Paris, Evan Lutz, Brandon Deyo and Bradley Deyo are four successful entrepreneurs with one thing in common: they all launched their startups as students. In a panel moderated by Robert Hisaoka, students, faculty, staff and alumni will hear from each founder the lessons they learned turning their dorm room ventures into thriving businesses.

Leonsis is a co-founder and partner at Revolution Growth, which invests speed-up capital in businesses outside of Silicon Valley that are leveraging technology and new models to disrupt existing, multi-billion dollar industries.

Students, faculty, staff and alumni gathered for an intimate conversation between Leonsis and Robert Hisaoka as they discussed entrepreneurship, investing, sports, and the importance of philanthropy.