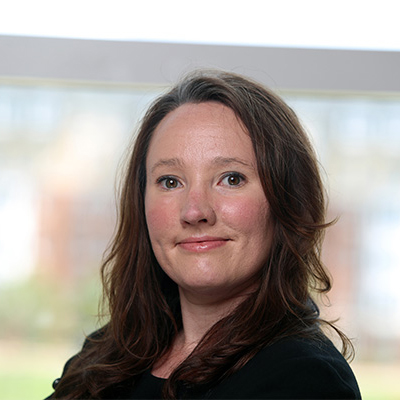 MA in Economics, University of Denver

BA in Economics and International Studies, University of Denver

Laurel Mazur began the Smith PhD program in the Accounting and Information Assurance Department in Fall 2017. Prior to pursuing the PhD, Laurel worked at the Federal Reserve Bank of Richmond as a Research Assistant in Quantitative Supervision and Research. She has continued her professional relationship with the Federal Reserve Bank of Richmond as a Dissertation Intern since 2018. Her primary research interests broadly relate to financial accounting and disclosure, primarily at the intersection of banking and accounting as well as macro-accounting. Laurel’s research has been presented at the American Accounting Association Annual Meeting, the Financial Accounting and Reporting Section Mid-Year Meeting, and the MIT Asia Conference in Accounting. Her prior research has been published in the Journal of Banking and Finance.

“Are the Voices of Small Customers Louder When They Are Seen? Evidence from CFPB Complaints”

This paper examines whether small customer complaints can impose real effects on firms, especially when the complaints are publicly disclosed. By exploiting a unique setting in the banking sector – the customer complaints submitted to the Consumer Financial Protection Bureau (CFPB), which were not initially disclosed to the public and became publicly available in 2013, I document the following findings. Banks with a higher complaint volume at the disclosure date increase mortgage approval rates relative to banks with fewer complaints in the same county. I further find that the disclosure effect is stronger for banks that face higher regulatory scrutiny. Taken together, these results suggest that public disclosure can serve as an important mechanism for small customers to voice their complaints, thereby influencing bank consumer lending behavior in part through increasing the threat of regulatory scrutiny.