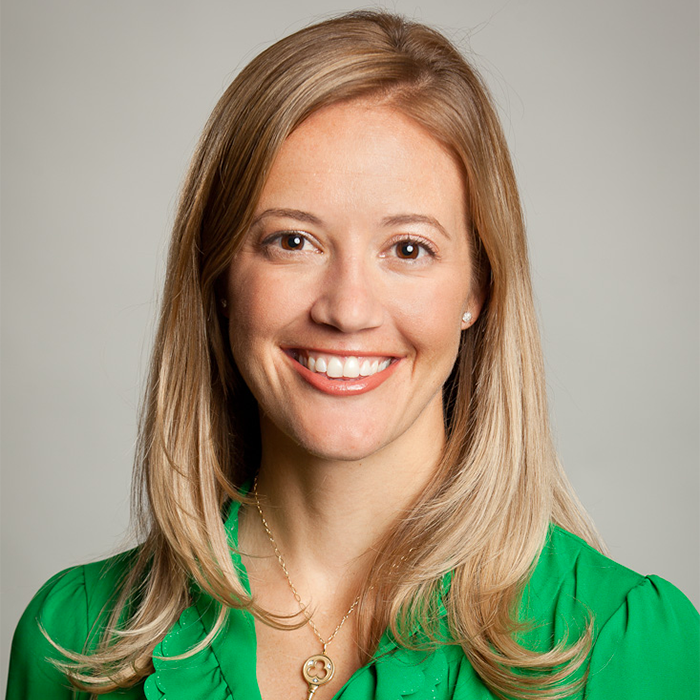 Holly DeArmond joined the Dingman Center in September 2012 as assistant director of events and marketing. In 2014, DeArmond was named associate director of the center and in 2019 she was named managing director. DeArmond's primary focus is leading the Dingman Center in support of its mission to build a community that discovers, equips, connects and celebrates entrepreneurs. Key responsibilities include oversight of center operations; venture programs; brand positioning; and external relations. DeArmond also develops and maintains relationships with donors, board members, EIRs, the Smith School community and other campus and regional partners.

DeArmond first joined the University of Maryland in 2007 as the associate director of University Marketing. Her primary responsibility was the management of the University’s largest annual event, Maryland Day. The event is hosted by 8,000 University volunteers and is attended by more than 75,000 people. In this role, DeArmond helped coordinate the planning and implementation of more than 400 events and managed such items as the marketing materials, event budget and campus-wide planning committees. In addition to Maryland Day, she assisted in a variety of strategically targeted marketing initiatives including the university’s branding campaign, “Fear the Turtle.” While she was involved in most aspects of the campaign from brainstorming to implementation, DeArmond's main role was to manage and execute the campaign media buy.

Previously, DeArmond worked for Cohn & Wolfe, a New York City-based strategic marketing public relations firm with offices worldwide. She served on multiple pharmaceutical accounts including GlaxoSmithKline's Paxil CR, Avandia and the Vaccines Franchise. On these accounts, DeArmond assisted in the planning and implementation of a number of public relations and government affairs campaigns, including the PR campaigns for the U.S. Food & Drug Administration approvals of two new pharmaceuticals.

DeArmond received a Bachelor of Science degree in communications from the University of Tennessee at Knoxville and an MBA from UMD's Robert H. Smith School of Business. While her roots are deep in east Tennessee, she currently lives in Annapolis, Md. with her husband, Davy and their Portuguese water dog, Crockett.